careers(at)limabean.co.za --> Is Snapchat a must-use marketing tool for your brand? | Lima Bean

Is Snapchat a must-use marketing tool for your brand?

Finding a virgin expanse of un-marketed upon media is in many respects a marketer’s dream. 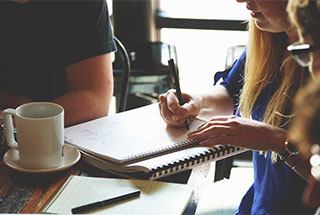 Finding a virgin expanse of un-marketed upon media is in many respects a marketer’s dream. Exploring new ways of engaging with audiences, experimenting with new types of content, and devising new campaigns can be thrilling. Finding out what works in some wholly new space is the closest many of us will get to walking on the moon or discovering a new species.

Snapchat has been that new territory for the last few years. Since it emerged as the app of choice for social celebrities like the Kardashian-Jenners, Paris Hilton, and DJ Khalid and their Millennial fans and followers, Snapchat has been where you will find the coveted 13-25 year old demographic.

Despite its early resistance to brands and advertisers, since its IPO Snapchat has become more welcoming, rolling out a self-serve ad platform and paid-for geofilters and lenses. However, this has come at a time when much of what makes Snapchat unique has been copied and implemented by competing apps like Instagram, Facebook Messenger, and WhatsApp, which has coincided with an extended period of stalled growth for Snapchat.

If you do not already use Snapchat as part of your social media plan, should you be considering it now? That depends. If you are a small or medium enterprise operating outside of Europe and North America, you’ll probably be better served by other platforms. The prominent Snapchat influencers skew towards North America and Europe. Although they may have many followers outside those regions, this makes it significantly more difficult to cost-effectively target your desired market.

Snapchat remains difficult to measure. It is difficult to get per-post analytics that Twitter and Facebook provide as a matter of course. Snapchat stories disappear after 24 hours, with no way of archiving them for later measurement. This means that you will have to rely on your influencers and social team to manually track metrics.

There are also infrastructure issues presented by Snapchat which make it unsuitable for many smaller enterprises. Snapchat’s focus on video and images presents significant challenges in markets like South Africa, which has some of the most expensive mobile data in the world.

Taken together the challenges Snapchat presents in measuring engagement, the high cost of data, the low penetration outside of the Europe and North America regions, and the high uptake of Snapchat’s “unique” features by more-established competitors make Snapchat a somewhat dicey prospect for marketers. Unless you have some pressing reason to do so, creating content for Snapchat is unlikely to provide a good return.